Why have Bees on Allotments?

Three quarters of all crops are dependent to some degree on pollination by animals, overwhelmingly by bees. Without bees global production would drop by a third. We wouldn’t starve because we would still have all the basic foods such bread, potatoes, rice and pasta. What we would lose would be all the ones that are not only nicer to eat but contain our essential nutrients and vitamins. A recent trial on Strawberries proved just how much better the fruit was from bee pollination.  Results from the self –fertile were worst with those wind pollinated only slightly better. Many were small or misshapen, poor yield and lacking in flavour compared to the bee pollinated. These were bigger, brighter coloured, had fewer misshapen fruits, kept better and had the best sugar-acid ratio. The reason for the difference was found to be the number of fertilised seeds per berry. Fertilised seeds produce a hormone which help the fruit to grow and improves quality.  Unfertilised seeds produce poor quality and malformed fruit. 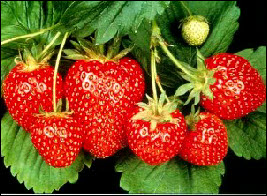 With the help and advice of the Weybridge division of the Surrey Beekeepers the Society re-introduce bees onto our local allotments. Requirements were that our apiaries were managed by trained beekeepers and located behind secure fencing. In 2009 Walton Charity gave permission to build an apiary on Rydens Road Allotments under the management of a professional  beekeeper. The five hives he started with soon became a dozen and  according to the allotment tenants there followed a significant increase in quality and quantity of their produce.

In 2013 we built another apiary on the Home Farm allotment site in Walton. This is occupied by one of our members who is a fully trained beekeeper.

We had a long wait before a suitable site became available on Elm Grove but eventually it did and this is where we now have our own apiary. Our first beekeepers moved in in 2014 and in 2019 we expanded the apiary and currently have three beekeepers who are working a dozen or more hives. 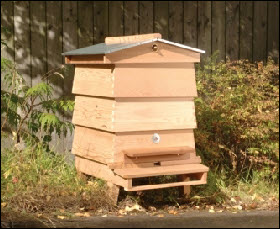 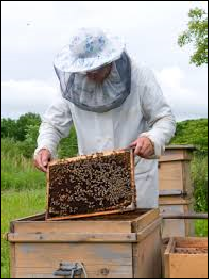 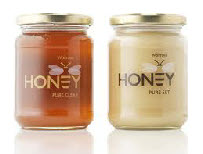 Elm Grove honey is on sale in the Trading Hut where we have a large following. Local raw honey is highly valued because it is considered to have significant health benefits because it is in its natural state by not having been unpasteurized

All content © 2006 - 2021 Walton and District Allotment and Garden Society, except where otherwise indicated