A rare fortified monastery founded by the Augustinian order in 1229. The site was moated and a gate tower added in the late 13th or early 14th century, probably in anticipation of a French attack. There is a reconstructed Physic Garden in the grounds, and a reconstruction of a cloister garden.

The site is completely enclosed by the moat, and within the moat is the very large Elizabethan farmhouse, incorporating parts of the original medieval monastery. There are numerous outbuildings, including the forge, and a lovely garden area. 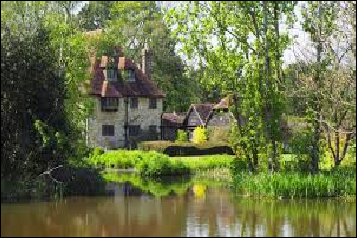 Week beginning 25th May 2020 Cancelled due to Coronavirus 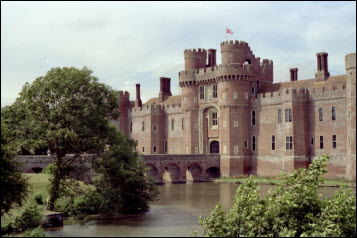 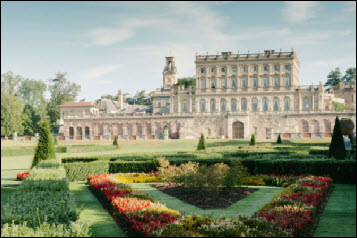 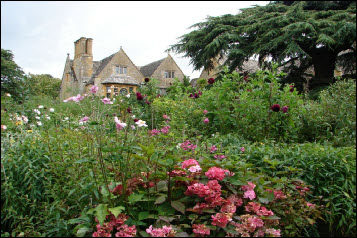 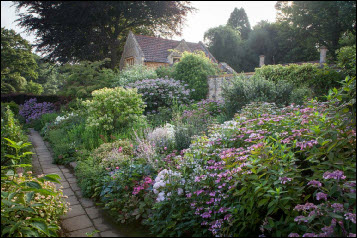 All content © 2006 - 2020 Walton and District Allotment and Garden Society, except where otherwise indicated

A fifteenth century moated medieval castle which operates as an International Study Centre for Queen’s University in Canada and is set within 300 acres of woodland with beautiful themed gardens. Though made in the late Middle Ages it is a great place to think about the conditions of medieval life before the rise of the middle classes and before the age of country houses and great gardens. The park has a short avenue of old Spanish chestnuts (probably planted in the eighteenth century). The walled gardens have herbaceous borders, roses, yew hedges and lawns. There is also a 1930’s folly.

The gardens, famed for its roses, are the creation of three generations of women gardeners. Started by Heather Muir in the 1920s, continued by Diany Binny from 1950 and now looked after by Anne Chambers and her husband. Kiftsgate Court is now the home of the Chambers family.

Located at the village of Hidcote Bartrim, near Chipping Campden, Gloucestershire. It is one of the best-known and most influential Arts and Crafts gardens in Britain, with its linked "rooms" of hedges, rare trees, shrubs and herbaceous borders. Created by Lawrence Johnston, it is owned by the National Trust and is open to the public.

Set high above the Thames with far-reaching views, impressive gardens and majestic woodlands. The formal gardens give way to secluded glades, tree-lined avenues and picturesque riverside with miles of woodland walks. The house is now a luxury hotel but short tours are available.

One of the UK’s finest Tudor Mansion Houses. Steeped in history, the Grade I Listed building is set in Buckinghamshire’s charming estate village of Chenies and overlooks the Chess Valley. The venue’s grounds boast award winning gardens and original 13th Century features including a Medieval well, a dungeon and a reputed priest hole.